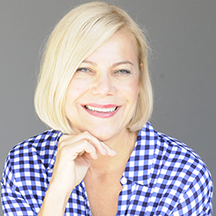 Founder or co-founder of three successful startup companies. Former investment banker. If you need to raise money, I can help with the process from A to Z. I also specialize in the nuts and bolts of bringing products to market. I'm happy to chat gratis for fifteen minutes to see if I would be a good fit for you.

Cynthia Wylie is a hard-driving entrepreneur with a successful track record. She was raised on a farm which taught her the habit of hard work from an early age. Her recent startup, Bloomers Island has become the standard bearer brand for children to live healthier lives and make healthier food choices as well as inspire in them a love of gardening and nature. She has received two patents on her seed starters, SeedPops which have been sold in over 5,000 stores in North America including Target, Nordstrom and Costco Canada.

The Art of Pricing

The first five books of her nine-book series have been published with Rodale Kids, an imprint of Penguin Random House. Previous companies where she was a partner/co-founder include X-Large Clothing, the seminal streetwear brand, and Maui Toys, the activity toy company recently sold to Jakks Pacific. In addition to starting and selling companies, Ms. Wylie does business consulting with The Project Consultant. She focuses on raising money, financial projections, and strategic and tactical planning in operations for small manufacturers.

Why Cash is King and How to Get More of It

She is a founding member of the Startup Founds Group in Silicon Beach, a group designed to process issues and problems that all startups inevitably face. She started her career in Investment Banking writing private placement memorandums and developed an expertise in helping companies to raise money, including over $1 million in seed capital for her latest company.

Her B.S. degree is in agriculture from Pennsylvania State University and she has an M.A. in economics from Georgetown University in Washington D.C. She is the part-owner of her family farm in Western Pennsylvania, and spends most of her time at her beach house in Venice, CA. She raised four children and loves writing, reading, learning foreign languages, and growing plants and companies.