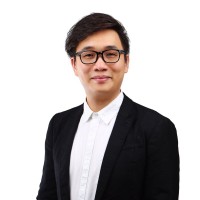 Anndy Lian is an all-rounded business strategist in Asia. He has provided advisory across a variety of industries for local, international, public listed companies and governments. He is an early blockchain adopter and experienced serial entrepreneur, book author, investor, board member and keynote speaker.

Prior to his current appointments, he was the Chairman of BigONE Exchange, a global top 30 ranked crypto spot exchange and was also the Advisory Board Member for Hyundai DAC, the blockchain arm of South Korea’s largest car manufacturer Hyundai Motor Group where he looks after the governance and compliance aspects of the business.

He also played a pivotal role as the Blockchain Advisor for Asian Productivity Organisation (APO), an intergovernmental organization committed to improving productivity in the Asia-Pacific region.

Anndy was part of the Gyeongsangbuk-do Blockchain Special Committee, Government of Republic Korea, together with industry experts, they help the province to grow using blockchain technologies. He is the Chairman (Singapore) of Korea eSports Industry Association (KeIA) where he is actively promoting eSports to go mainstream and adopt cryptocurrencies.

He wrote a book titled “Blockchain Revolution 2030” and is published by Kyobo, the largest bookstore chain in South Korea. Together with co-authors, Park Young Sook and Shawn Hamnison, they share insights on how blockchain technology played an important foundation for the Fourth Industrial Revolution.

NFT: From Zero to Hero is his latest book. Zero to Hero is a call to anyone and everyone excited about the prospect of the world of NFT. Bound by imagination only, the NFT space is still in its early days, and early adopters can be a “hero” in their search for new possibilities. The book is available on Amazon and Bybit. More than 8,000 copies were sold.

An avid supporter for incubating start-ups, Anndy has investments in several companies. He believes that what he is doing for blockchain technology will revolutionise and redefine traditional businesses.